If you have been following my posts up to this point you know that I stumbled into the Sports Romance genre with the Ice Knights series by Avery Flynn… (My Goodness do I miss hockey.) I am still waiting on book 3 of that series to come out on Monday, but in the meantime, I stumbled across Tomboy which is another book about a girl and an Ice Knight hockey player. (The more research I do the more I realize that a lot of her series are a.) standalones and b.) a lot of the characters in one series get a spin-off or tie into another one. (I am jealous because I don’t create that way.) But I am here for it. I remember reading both Parental Guidance and Awk-weird and learning about Zach Blackburn and Fallon Hartigan as peripheral characters and wanting to know what their story was. Well, I knew when I found it I was going to swallow it all in one go. So here it is. What I have noticed about Avery Flynn and what keeps bringing me back is she has a lot of well developed and fleshed out characters with real issues. The women are strong-willed and a bit vulnerable (because hell women can be and are both.) And the men are not threatened by the women in the stories, not emotionally constipated and actually share what is bothering them to their friends at least. (But yes… I know that this is in fact written by a woman. However, it is good to depict how sharing and communication are key in any relationship or friendship.)

This story is no different. Fallon is an ER nurse who gets roped into helping Zach Blackburn (the defensemen for the fiction Ice Knights hockey team) “the most hated man in Harbor City” who has come down with the flu by his PR Manager and her friend, Lucy. She never wants to leave her friends in a lurch. So she heads out to Zach’s house… who is less than happy to see her. (Translation: He was a complete douche.) He is not great with gratitude and puts a plan into action to make Fallon leave. During the course of the stay though… they discover that he doesn’t actually have the flu but food poisoning from one of the puck bunnies he smashed the night before.  When he does finally succeed in pushing Fallon away, (which he has skills with doing.) Fallon is caught by the media leaving his house. (It is revealed that he was given food poisoning on purpose so miss puck bunny could play nurse made. I mean who does this?????!!!!) So it starts a media frenzy, because no good deed goes unpunished, of the new puck bunny that Zach is cozying up with. Fuel is added to the media fire when Zach’s hockey game starts to improve. The media deems Fallon as Zach’s Lady Luck aka #TeamZuck (What a stupid name. But I could totally see that trending on Twitter or something.) But as with anything on social media… they love you until they hate you and it isn’t long before the trolls start with their mean comments about Fallon’s looks. Such is the case when women are conforming to the standard. She is the subject of hurtful comments and memes. (Douches). When the Ice Knights lose the next game – at which Fallon is not present – Zach is pushed by several people, including Coach Peppers, into asking her to attend the next one, and while she thinks that whole Lady Luck thing is a crock of shit, she agrees to go if Zach will make a personal appearance at an upcoming benefit to raise money for the free neighborhood health clinic where she volunteers. Zach never makes personal appearances, but if it’s the only way Fallon will turn up at the games then he is down. And to his surprise, actually finds himself enjoying the day, so much so that he actually makes plans to come back with the rest of the team.

Zach is the most hated not only because of his bad attitude but people in the city also feel like he is an overpaid lousy hockey player. He can’t seem to get his game back on track and because of that, the Ice Knights are on a serious losing streak; and in addition, he’s bad-tempered, rude, and stand-offish, has never made the attempt to befriend his teammates, and certainly never makes an effort to be nice to fans. What is great about this story is that while Zach was currently not playing as well Avery sets up a fantastic story as to why he is the way he is. I call it an onion. There are so many layers to Blackburn and his relationships and I want to say kudos to Avery for making it as realistic as possible. As a friend of mine says… it takes a bit to get to the soft nougaty center. Dealing with fans seems like the thing that celebrities should do… but people really feel entitled to know personal things about people’s lives because they see them on tv or read a book they have written. And because of that feeling, fans can be rude as fuck.

Fallon Hartigan is me and I am she. She is educated and a team player. She goes to the mat for people she cares about. Fallon is a no-frills, no-nonsense kind of woman, and isn’t anything close to the puck bunnies Zach has been seen with. (Which she originally prides herself on but becomes a hindrance later on.) She comes from a large and loving family. (And by that I mean they are in each other’s business and very opinionated. Accurate depictions of some families… definitely my family.) She is a die-hard hockey fan and not really into what other women are into or really what she believes women should be into. (Spa days, getting your nails done, hair and makeup, etc). Besides being intelligent, Fallon is also a big softie at heart. She volunteers for the neighborhood free health clinic and takes to heart that there might not be enough money to keep it up and running because she knows the people in the city need it.

What is interesting is that Avery tackled internet trolls in the best way, meaning that I wanted to throttle everyone that wrote rude shit. She is constantly being called a man because being interested in someone is hard enough, without the added feature of him being in the spotlight. Fallon may be tough as nails to people which of course equals her being a bitch for having an opinion in a man’s world. Even though she is tough as nails, she does give in to her anxiety which has had a spotlight put on it since meeting Zach. Once she admits that there is more to Zach than him being a douche and that she likes him… nothing helps a person backpedal more than comparing yourself to past lovers. She constantly tells herself that she is not what Zach normally goes for. But Zach is not to be deterred. The idea of her being his Lady Luck gave way to real feelings.

Yeah, I would have gone too. I enjoy that both of these characters have deep-seated insecurities that they have to work through. These are both well-rounded characters and I found myself wanting to know more about each which doesn’t always happen. This is a slow burn in the best way. Avery strikes a good balance between the fun, flirty romance with witty banter and astonishment at layers being peeled back and the darker themes that lend depth to the story. The fictional social media posts are, sadly, the sort of things that are only too familiar in the real world. The criticalness of people on the internet who don’t know her but want to judge her by the way she looks hit home for me and not in a good way. It is the mark of a great writer to stir up emotion in the readers. And Zach’s experiences, while not typical, are not unheard of either (Think Gary Coleman, Macaulay Culkin.) The romance that develops between the big-hearted, take-no-prisoners Fallon and the grumpy but lovable Zach, is really well done and their chemistry just sizzles and is suffocating. 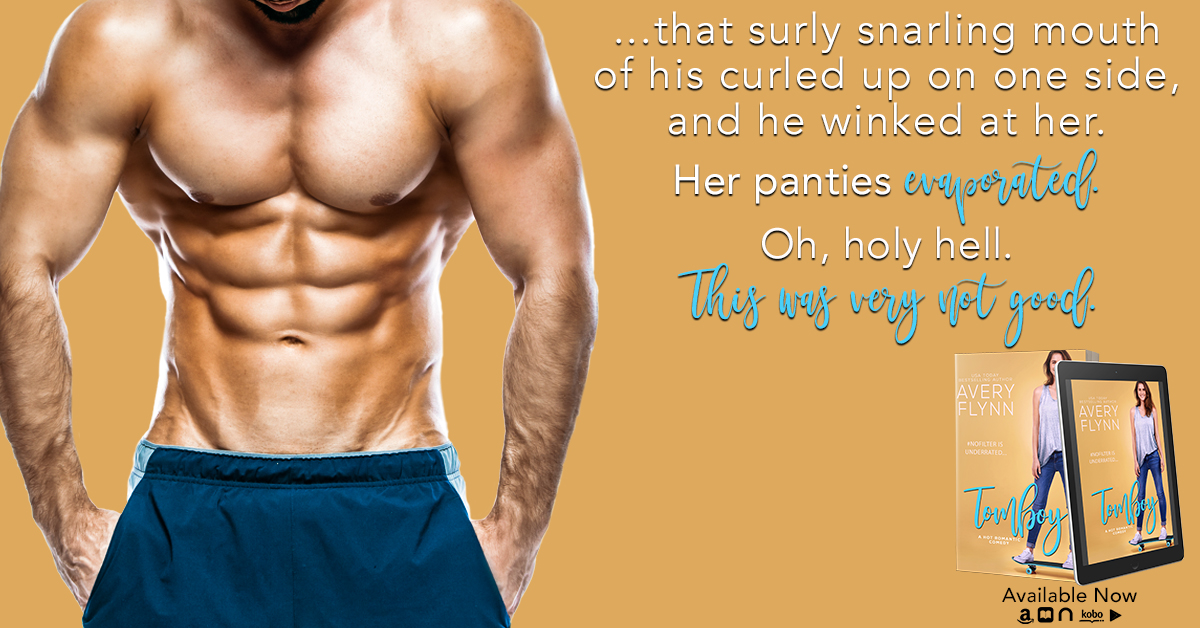 And I have to say the narration was intriguing. The story is told in two POVs. (Zach and Fallon) Because of that, the story is narrated by both Savannah Peachwood and Brian Pallino. Both of whom are new to me but they performed this well. I look forward to listening to these two work together again. They worked really well together and I’m happy to be able to say that I enjoyed listening to them. I’m really picky when it comes to my narrators. I sampled every story before I purchase it. If I don’t like the narrators, then I purchase the paperback so that I can read it on my own.

So those are my thoughts. Read it, listen to it…. tell me your thoughts below.